James Bond has been prolific in most media formats, including film, television, books, games, and comics, but has yet to conquer theater. That’s unlikely to change, but the first-ever stage production based on a James Bond novel could open next year.

An all-female revue in Japan announced a stage production titled “Casino Royale – My Name Is Bond” and it is based on the events of Ian Fleming’s titular novel. Presented at the Takarazuka Grand Theater in March and April 2023 before heading to Tokyo in May and June, it will be performed by the Takarazuka Revue, an all-female theater troupe created in 1913. It will be written and directed by Shuichiro Koike and star Suzuho Makaze.

Production synopsis (translated)
It was 1968, the world It was during the Cold War between the United States and the Soviet Union. In Paris, an anti-establishment demonstration called the “May Revolution” occurred mainly among students and workers. In the secret intelligence department MI6, a James Bond secret agent with the code name “007” is ordered to defeat a Soviet spy called Le Cipher. During the May Revolution, Le Chiffre was forced into a corner by embezzling funds sent to the Red Army Alliance by the Soviet organization, so he aimed for a quick fortune at the casino. Bond’s mission is to use his gambling skills to defeat him and cut off his source of funding, and to capture him alive and force him to divulge information. Bond poses as a Jamaican millionaire and enters the “Casino Royale” at a hotel in Royale-les-Eaux on the French Atlantic coast. At this time, the bereaved families of the Romanov family gathered at the hotel and argued over the successor of the next patriarch. One of the descendants, Delphine, a graduate student at the University of the Sorbonne, was the lover of the extremist student Michel who had fled to the Red Army Alliance. Le Cipher, who lost to Bond at gambling, targets Delphine’s inherited property, and Bond begins a relationship with Delphine. Set in a splendid casino, with conspiracies and secret strategies and the addition of CIA, French intelligence agents and Soviet agents, the crises follow one another in the path of Bond… The cool and solid Suzuho Shinkaze plays an active role as James Bond in a beautiful and romantic drama unique to the Takarazuka Revue. Expect this musical blockbuster. 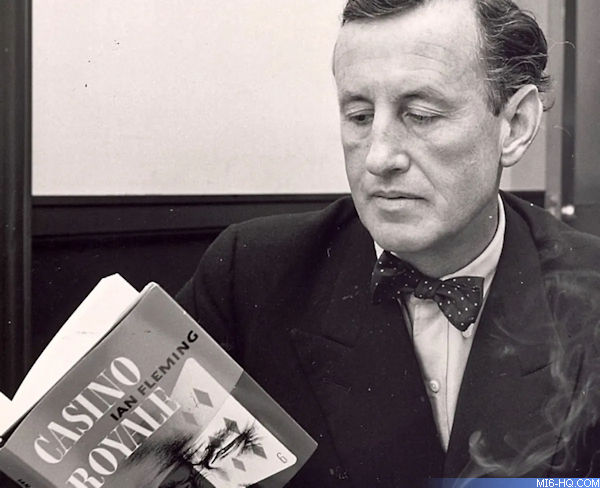 Time-shifting the events of the novel to real-world events in 1968 and including the Romanov family is an interesting direction for an adaptation of “Casino Royale.” Of course, this is an adaptation without a copyright license, but it doesn’t have to be. Although Japan signed the TPP agreement in 2018 which respects copyright for “70 years from the death of the author”, Ian Fleming’s work fell into the public domain in Japan in 2015 , as their original rule was 50 years. Works that fell into the public domain before Japan signed on to the TPP in 2018 were not protected. The same 50-year rule also applies in Canada, where Fleming’s books and the literary persona of James Bond are already in the public eye. domain.

This is not the first time that a theatrical adaptation of ‘Casino Royale’ has been attempted. In 1985, Raymond Benson was commissioned by the Ian Fleming estate (who held the stage rights to this book at the time) to adapt it into a play. A review took place in New York in 1986 but the project did not progress further. More recently, in 2015, Merry Saltzman, the first and least well-known of original Bond co-producer Harry Saltzman’s three children, announced that she would be creating a James Bond musical with the aim of shooting in Las Vegas or Broadway. . A multitude of legal pronouncements followed and the project quickly fell through.

Thanks to M from jamesbond007news.com for the clarification on copyright status in Japan.

Daniel Craig’s Casino Royale scrapped much of its source material